Why Dividend-Paying Stocks Can Be Safer

It may seem like a strange statement to make on why dividend-paying stocks can be safer, but they can. The way they offer safety, though, is subtle, and will be described in this article. It's probably not what you think, but it's still good! 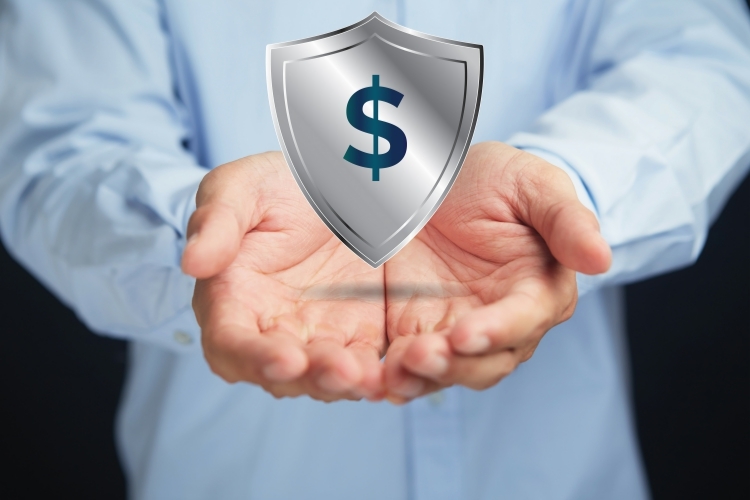 Dividend stocks, by themselves, aren't any more safe than non-dividend paying stocks. You'll hear it said that the dividend offers a buffer for stocks, but that is little comfort when a stock loses most of its value. It will take a long time for the dividend to make up for the stock price drop.

Imagine if Enron paid a dividend and you bought when the company was trading at $90. How much of a buffer would the dividend have helped you when the company was liquidated? You wouldn't ever have received those dividends because in a corporate structure, debt holders get first liquidation rights. Then, if there was anything left, preferred dividend holders would get their share first. By the time debt holders and lawyers get their take, there is usually nothing left.

Disclaimer: The information in this article should not be misconstrued as investment advice. Please consult a financial professional for such advice. The article is for informational purposes only.

Why Do Companies Pay Dividends?

The job of any executive management team is to maximize the returns of the company for shareholders. The better they are at doing this, the more attractive the company becomes to investors.

Profitable companies can choose to retain the profits to expand the business. They can retain all of the profits or they can retain a portion. The remaining amount can be used to pay down debt, buy back shares, or pay a dividend. Management can use a combination of these tactics, too.

Do All Companies Pay Dividends?

Companies are not required to pay a dividend. In fact, companies classified as growth companies, often don't pay a dividend in the early years of its history. The theory is as the company continues to expand, the best use of profits is to reinvest in the company. This usually works for well-managed companies. 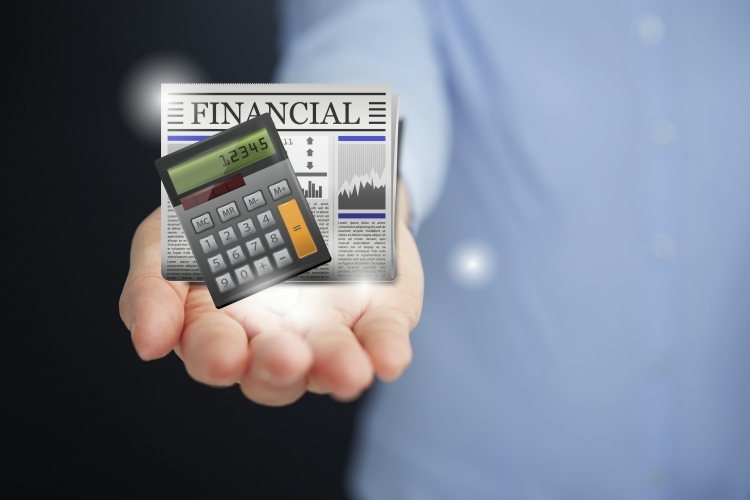 All companies, regardless of their size and stature, have a lifecycle. Some of those lifecycles may last longer than anyone can imagine. But sooner or later, a growth company will level off. Management is no longer capable of generating stellar returns.

Some companies will level off prematuraly, due to several factors. The market changes sooner than anticipated, or new management doesn't measure up. Whatever the case, it's difficult for these companies to grow earnings in the same capacity.

This slowdown is not necessarily the end for companies. They still generate profits. It's just that management cannot put the excess profits to good use. It's at that point that responsible management teams pay a dividend.

How to Find Dividend-Paying Stocks

It may seem like this article is delving too much into the dynamics of dividends rather than answering the question of why dividend-paying stocks can be safer. But these dynamics set the framework for my hypothesis. Don't worry, I will get to the safety aspect soon. 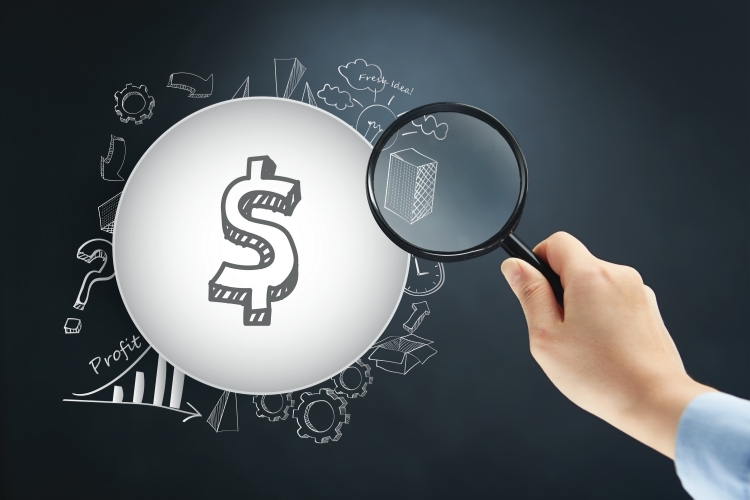 You should understand that not all dividend-paying stocks are created equal. Too many novice investors focus on yields. In other words, the higher the yield, the better, is usually their thought process.

As you'll learn below, you can pick up on the signals of management regarding the actions they take with dividends. Some of those actions can be seen as red flags. Often, abnormally high dividends usually fall in the red flag zone.

To describe how to find dividend-paying stocks completely would take up an entire post on its own. However, you should always choose solid companies whether they are paying a dividend or not. For the purposes of this discussion, the method of choosing a dividend stock should start with the selection of a quality company.

After you find solid companies that pay dividends, observe the history of dividend payments. Investors look for increasing payouts and consistency. A bump or two in the road may not be a problem. But too many could keep savvy investors away. 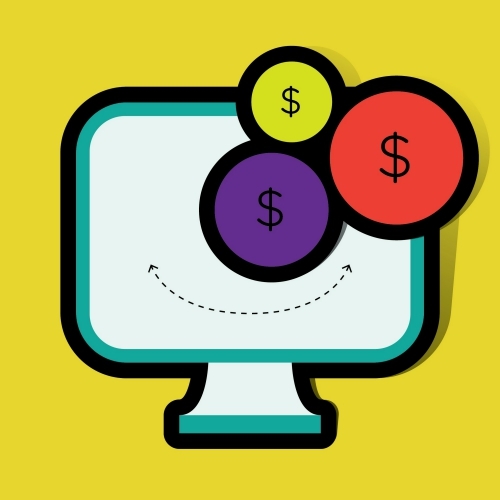 Why Dividend-Paying Stocks Can Be Safer

I made the claim about dividend-paying stocks being safer, but I haven't substantiated the claim. That's what I'll do in this section.

The reason that stocks paying dividends may be safer is that the companies essentially broadcast their intentions after every dividend announcement.

For instance, suppose a company has been raising its dividend for the past several years. Then, out of the blue, they announce a dividend cut, that's a major red flag to investors.

Companies may also boost their dividend to a much higher rate than its historical average. This too, can be a red flag. This is an indication that the company is trying to paint over problems and appease the shareholders. It's usually not sustainable, though.

The belief on Wall Street is that when a company announces a dividend for the first time, it's a signal that the company is no longer a growth company. There is truth to this. Many companies don't start paying dividends until later in their lifecycle.

It's a responsibility of management to maximize shareholder wealth. If a company cannot find sufficient use for its profits, it owes it to the investors or shareholders to pay the excess out as a dividend. They could also buy back shares, too, or pay down debt.

Growth investors are likely to dump a stock when it starts paying dividends. However, their strategies are such that it makes sense for them to do so.

How to Read a Company's Intentions with Dividends

Now that we have a background on why dividend-paying stocks may be safer, it's time to form a hypothesis about the intentions of management. We've touched on a few already:

This is great news for value investors. When a solid company announces that it is going to pay a dividend, investors will receive a stream of payments into the future. Hopefully, that stream will last a long time and the dividend rate will increase.

As mentioned, this is a good situation for dividend investors. However, as this event is new, investors should pay close attention to company announcements and financial information. Some companies may try to use this event to distract investors from problems.

When companies announce they are raising their dividend, it shouldn't be too much of a surprise. Investors will expect this solid from companies that have been (and raising) dividends for years. It should be status quo for good companies.

Overall, this is a positive event. It shows investors that nothing bad is causing the company to change course. It's steady as the wind blows, for investors.

This scenario depends largely on whether the company has been paying the same rate for a while. Expectations are everything with dividends and need to be considered in historical context.

If the company has a history of raising the dividend, but suddenly announces they are keeping the same rate as the previous payout, that should raise concerns for investors. If this is the case, it's almost the same impact as cutting the dividend rate.

Conversely, if the rate has been constant for long periods, then it may not be as worrisome when they leave it unchanged.

Keep in mind, though, that solid companies often raise dividends consistently. Dividend investors are likely to flock to those companies, instead.

Overall, this event is neutral to mildly negative.

Everyone loves high-yielding investments. Companies want to appease investors and may choose to boost the yields of the dividend. That's great, right? In most cases, not so much. Check out the Impact of Event (next) to see why not.

There is an old saying that no company can grow faster than the economy for long periods of time. The reason is that the particular company would eventually become the economy. That is almost impossible.

The point is, raising the dividend signifcantly is unsustainable for companies. The only reason why they are likely to do it is to cover up something bad in the company.

This does not include a one-time windfall that the company chooses to reward investors with. That can happen on occasion. The company may have landed a huge deal and management wants to let investors in on the rewards. But one-time payouts should be announced ahead of time with an explanation that it is only for the one payout period.

It pays to read management's reasons for offering a payout higher than normal. Investors should make sure the economics of the financial statements match the payout amount. They should treat this as a red flag, for the most part.

When a company has been paying a consistently higher dividend (in-line with historical norms), at some point may announce they are lowering the dividend. There can be reasons for this, but severe caution is warranted.

This is one of the tougher events because there can be legitimate reasons for companies to scale back on its dividend. Having said that, shouldn't companies alert investors before they take this action?

The point is that large cash allocations require long-term planning. It's not likely the company is going to spend millions of dollars on impulse. This means they likely planned for the use of this cash. They should have given investors notice in advance.

Dividends are usually for significant cash amounts from the company's perspetive. If a company is tapping the dividend stream for working capital purposes, they have bigger problems and investors are going to dump the stock.

Investors should feel comfortable with the reasons for a dividend cut.

When a company decides to eliminate the dividend, this is a drastic measure. Keep in mind that many dividend investors rely on the income of dividends.

It's difficult to imagine an acceptable reason for this event. As mentioned before, major capital expenditures or initiatives that need to be funded are planned well in advance. What could possibly cause a company to take such drastic measures?

This action will cause investors focused on dividend investing to dump the stock, which will hit the price severly. As prices descend, panic sellers will follow, driving the price even further down.

This action also causes investors to distrust the company, which will keep them away from the company for extended periods. If a corporate situation is severe enough to warrant a cut, investors aren't going to stick around.

How Does All This Make Dividend Stocks Safer?

The safety comes from the implied transparency with dividend announcements. Companies cannot hide behind these announcements the same way they can with earnings. Earnings  manipulation will eventually come out in the wash, so to speak. But if a company doesn't have the cash to pay a dividend, investors will know about this immediately. They won't receive their payments or it will be smaller than usual.

Investors should not use this line of thinking with dividend analysis as a core investing method. It should be used to supplement a comprehensive investing plan. There is no substitute for learning about how to invest and experience with investing.